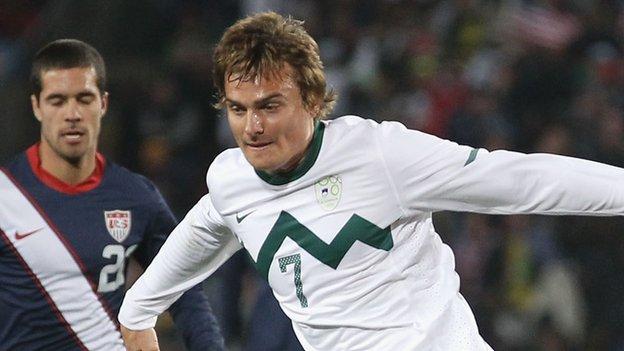 The 26-year-old, who played for his country in the 2010 World Cup, joins the Owls on a free transfer after leaving Portuguese side CD Nacional.

"It's good for him and it's good for the club and we're looking forward to seeing what he's got."

England will be Pecnik's fifth country as a professional after spells in Slovenia, Czech Republic, Portugal and Russia.