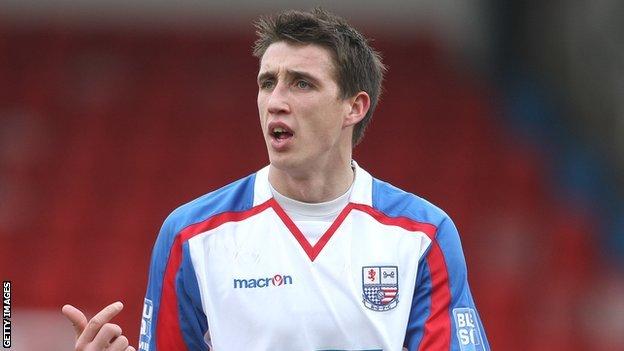 Corcoran, 24, was playing for Dover Athletic following the demise of Rushden & Diamonds. Grimes, who is 21, arrives from Redditch.

Manager Jon Brady told BBC Northampton: "I think Michael will be excellent in holding midfield. He's got some great experience.

"He fits the bill for what we want and he could be a huge asset for us."

Evo-Stik Southern Premier side Redditch finished last season 15th, but Brady said that was not a reflection on Grimes.

"Jamie has come in for pre-season and looked fantastic so far," added Brady.

"Redditch conceded 50 goals, only two more than we did [as champions]. It shows the strength of the defence with Jamie involved in that."

"With the two signings we've made, there may be one or at most two more to come in."