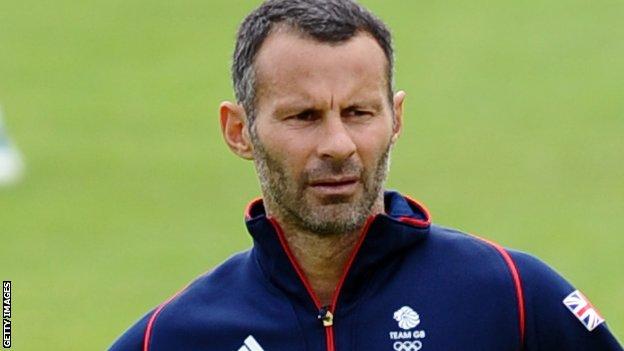 Former Wales captain Ryan Giggs says he has ambitions to become a coach once his playing career is over.

The Manchester United winger will captain the Great Britain Olympic team at London 2012.

"Coaching is something I'm looking at more and more," Giggs said.

"In the middle of last season, I completed my Uefa A Licence, which was good. It's a different side of things, completely different to being a player."

Giggs added: "I want to gather as much knowledge as I can and prepare myself as best as I can, if I do want to go into management or coaching.

"The Olympics is a great platform, it's different being involved in tournament football to league football.

"I ask as many questions as I can at United and I've been the same here with Great Britain."

The Cardiff-born player was linked with the Wales manager's job after John Toshack resigned in 2010 and following the death of Gary Speed in 2011.

Giggs, who has played over 900 games for Manchester United, signed a one-year contract extension with the Red Devils in February.

The 38-year-old is one of five Welsh players in Great Britain's 18-man squad for the men's football competition at London 2012.

The players will represent Team GB despite the Football Association of Wales saying it did not want any of the nation's players involved.

The FAW, along with Scotland and Northern Ireland, oppose Team GB, fearing it could threaten their independence.

But Giggs and Liverpool striker Bellamy have dismissed concerns over their involvement in the 2012 Olympics.