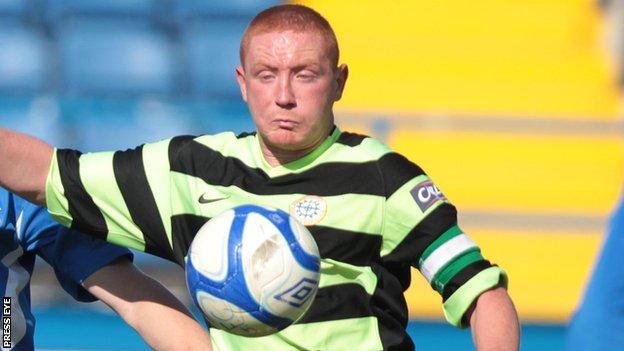 The ex-Donegal Celtic skipper shot in from a narrow angle to snatch victory for the Premiership side against last season's Championship runners-up.

In the Stena Cup at Stranraer's Stair Park, Glenavon beat Hebburn United 2-0 thanks to goals by Marc Brown and Andrew Mitchell.