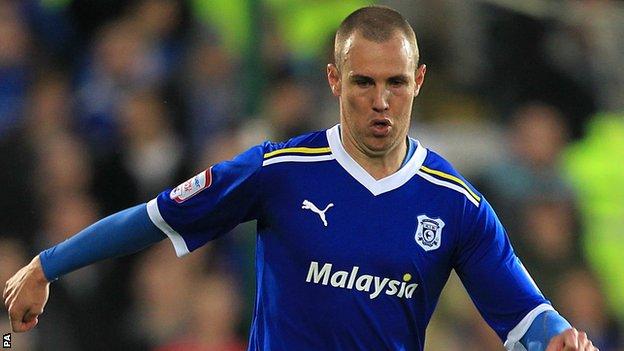 But the former Rangers striker only scored once in his last 22 appearances for the Bluebirds.

Cardiff have also been linked with Liverpool striker Craig Bellamy, who spent the 2010-11 season on loan with club.

But manager Malkay Mackay has refused to be drawn on the possibility of the former Wales captain returning to the club.

It is understood Premier League side Fulham have made an inquiry for Cardiff midfielder Peter Whittingham.

Whittingham, who signed a three-year contract extension with Cardiff in August 2011, has pledged his future to the club.

And Mackay has stated he has no intention of selling Whittingham, who joined Cardiff from Aston Villa in January 2007.