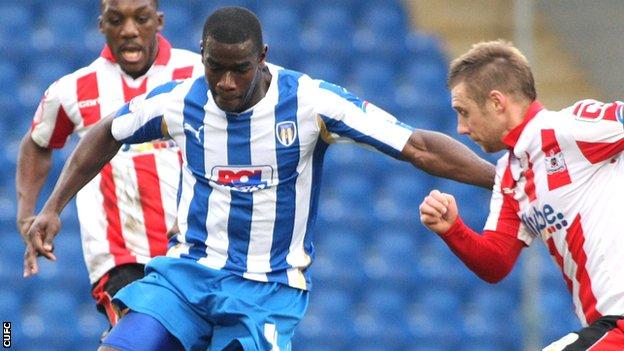 Defender Magnus Okuonghae has signed a new three-year contract with Colchester United, 10 days after it was confirmed he would leave the League One club.

"It seemed things had gone a bit quiet for him," Ward told the club website.

"So we offered him the chance to come back to Colchester and he was more than happy to accept."

Ward added: "All the way along I have had huge respect for Magnus's desire to play at a higher level.

"We have kept in touch throughout the summer to discuss his future with a number of conversations and messages along the way and came to the agreement of what he wanted to do in seeking that opportunity."