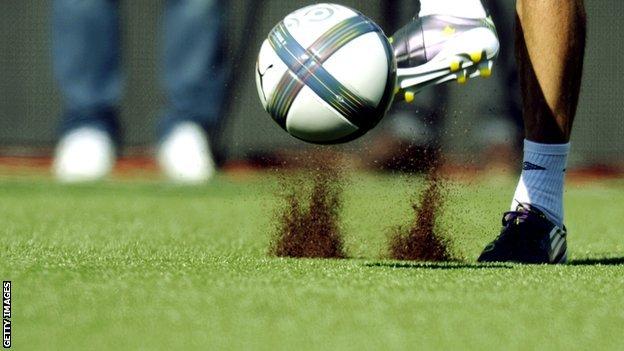 The Football Association will permit artificial pitches to be used in qualifying rounds of the FA Cup.

The decision also affects matches in six other FA competitions, including the FA Trophy and the Women's FA Cup.

In the [FA Cup] Competition Proper, all ties must be played on natural grass pitches

Last month a consultation found widespread opposition to introduction in the Football League.

The FA's competitions manager, Steve Clark, confirmed: "In the [FA Cup] Competition Proper, all ties must be played on natural grass pitches."

The topic was discussed at the Football League's annual general meeting on 31 May, but it emerged that the Premier League and Professional Footballers' Association were among the official bodies against their reintroduction.

There was no support for the idea in the Championship and just two clubs were keen in League One, although a 13-11 majority were in favour of artificial surfaces in League Two.

In a statement on their website, the FA explained that: "If any club with an artificial pitch reaches the First Round Proper and is drawn at home, then they will need to switch to a ground of a club who are both an FA Cup entrant and have a natural grass pitch."