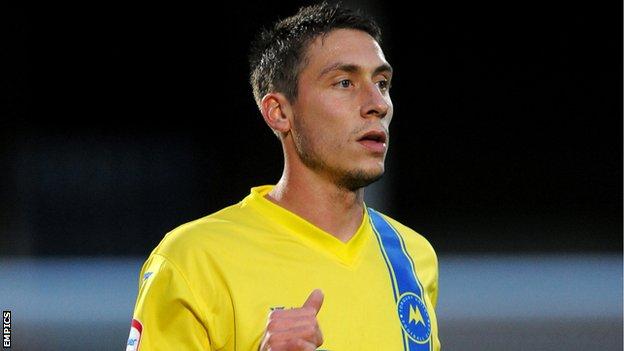 The 29-year-old was put on the transfer list by Gulls boss Martin Ling in May and had his contract ended by mutual consent this week.

He was in his second spell at Plainmoor but struggled for a first-team place last season, with 21 of his 29 appearances coming off the bench.

"I spent a lot of time deliberating my options," McPhee told BBC Wiltshire.

"I had a lot of interest from Conference clubs but I was looking to get in to coaching sooner rather than later.

"After speaking with Darrell [Clarke, Salisbury manager] it was a proposition which really interested me."

McPhee started his career with Brighton and also counts Ebbsfleet, Weymouth and Kidderminster among his former clubs.

"Some people may say it's a step down, as I could have played at Blue Square Bet Premier level," he added.

"But I'm 29 and by 35 I want to have all my coaching badges and look at managerial roles further down the line."