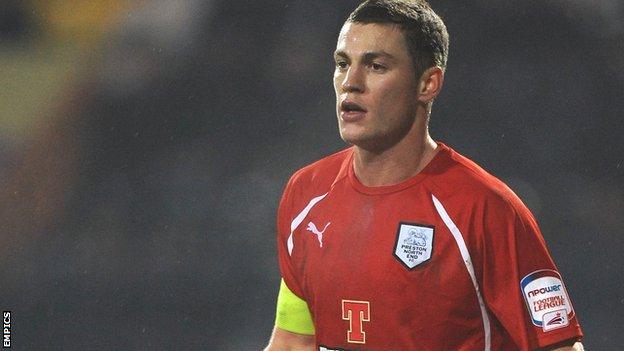 The 23-year-old former North End captain has signed a three-year contract with the Rams.

"Paul is someone who has been on our radar for some time," Rams boss Nigel Clough told the club website.

"He knows the division well from his time at Peterborough and Preston, where he has done well against us and we're looking forward to working with him"

The Scot had been notified by a text message from manager Graham Westley that he was not wanted at Deepdale for pre-season training.

Coutts joined from Peterborough in 2010 and played 46 games last season.

But he was stripped of the captaincy by Westley in February.