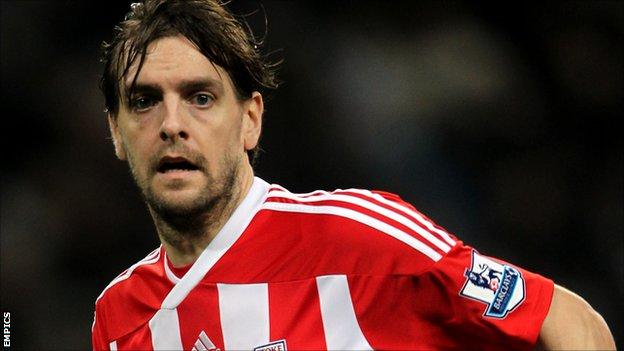 Centre-back Jonathan Woodgate has said his return to Middlesbrough was fuelled by a desire to help his local club back into the Premier League.

When the 32-year-old left for Tottenham in January 2008, Boro were established in the top flight but were relegated to the Championship the following season.

"I wouldn't have come here if I didn't think we could get into the Premier League," Woodgate told BBC Tees.

"Getting Middlesbrough back there is the big thing for me."

He added: "If we can do that and get the club back where we belong it will be massive for me and the players."

Woodgate has spent his entire career in the top divisions in England and Spain.

However the Middlesbrough-born centre-back was happy to take a step down for personal and professional reasons.

"I had to have a think about it, I spoke to my family," he said.

"You have to weigh the offers up and you only get one career and you're playing as long as you can.

"The pull of being from Middlesbrough and trying to get them back into the top flight was big."