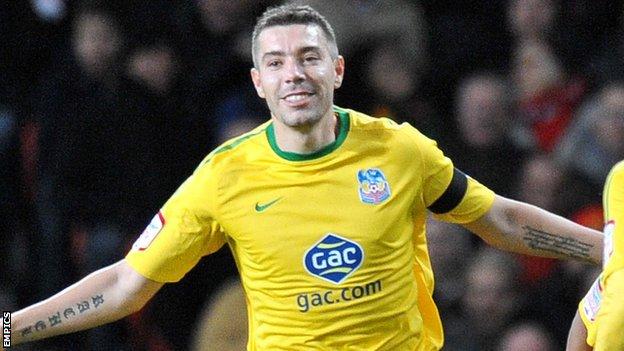 Ambrose, 28, had a year remaining on his Palace deal but the two clubs have agreed an undisclosed fee understood to be in the region of £250,000.

Essex-born Ambrose, whose two-year Blues contract includes the option for a further 12 months, told the club website: "I'm absolutely buzzing at the moment.

"I can't wait to get going. It's been a hectic few days to get it done but this is a positive move for me at this point in my career and I can't wait.

"Hopefully we can improve as a team on last year and go one better."

Ambrose, who started his career with Ipswich Town, has twice been the subject of seven-figure deals, in moves to Newcastle United and then Charlton Athletic.

After a short spell back on loan at Ipswich, he then signed for Palace from Charlton in the summer of 2009, penning a three-year deal in July 2010.