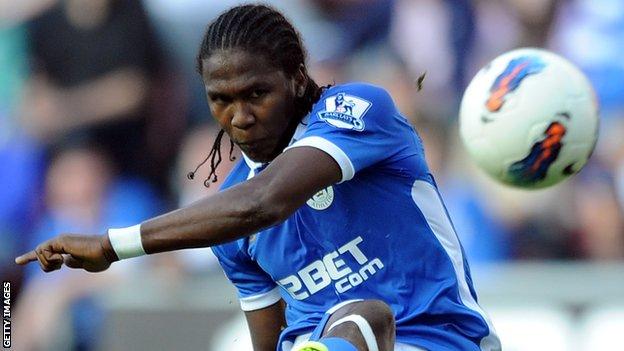 Fulham have signed Colombian striker Hugo Rodallega on a three-year deal, subject to a work permit.

The 26-year-old was available on a free transfer from Wigan after seeing out his contract at the DW Stadium.

A number of Premier League clubs were interested in Rodallega after he left Wigan, who he joined for £4.5m from Mexican side Necaxa in 2009.

"I wanted to stay in England and I'm delighted that I now have this opportunity with Fulham," he said.

"I would like to thank the staff and fans of Wigan Athletic for three-and-a-half wonderful seasons there.

"I'm looking forward to pre-season training with the rest of the Fulham squad and starting a new chapter in my career."

Fulham manager Martin Jol was delighted to sign Rodallega after losing out on forward Pavel Pogrebnyak to Reading, despite the Russian spending a successful period on loan at Craven Cottage last season.

"There has been a lot of interest in him [Rodallega] from other top-flight teams in England and abroad, so to be able to add his quality to our squad is a massive boost this early in our preparations for the new campaign," he said.

"He is a great addition and I think he will contribute very well to our style and philosophy here."