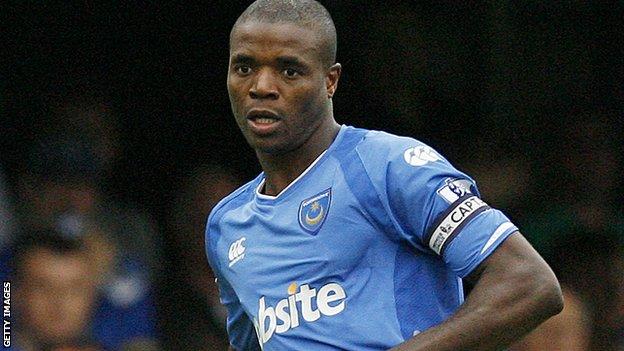 Portsmouth have reached an agreement with defender Aaron Mokoena over the termination of his contract.

The 31-year-old has signed a compromise agreement over money outstanding and is now set to join Bidvest Wits in his home country of South Africa.

Mokoena, who had one year left on his Fratton Park deal, made 90 appearances.

His exit leaves cash-strapped Pompey with eight senior players and boss Michael Appleton needs to shed all of them off his wage bill.

"We appreciate his efforts in making this happen and wish him every success in South Africa," said Pompey administrator Trevor Birch.