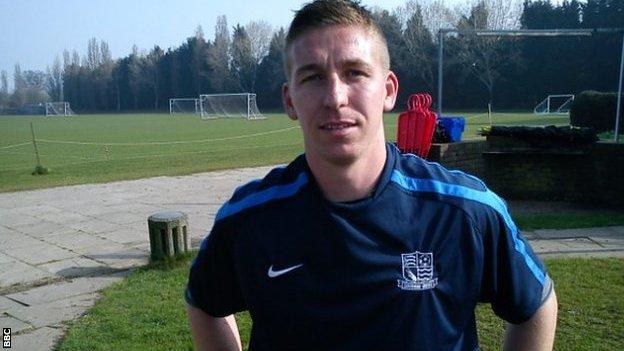 Striker Freddy Eastwood has signed a two-year deal with Southend United after his contract expired at Coventry.

"I came back at the end of last season and really enjoyed it and I am happy to come back permanently now," Eastwood told the club's website.

"Being at Southend is the most enjoyable time I have had in my career and that is what has brought me back here twice."

He began his career with West Ham and moved on to Grays Athletic before joining the Shrimpers in 2004, initially on loan.

He was on target in the 2-0 win over Lincoln in the 2005 League Two play-off final and the following season scored both goals in a 2-2 draw with Swansea which sealed a second successive promotion.

In between, he also grabbed the only goal in a famous Carling Cup victory over Manchester United.

Eastwood was unable to repeat his scoring feats at Wolves and left for Coventry in July 2008 for a fee of about £1.2m.

But despite the Sky Blues struggling in vain to avoid relegation from the Championship last season, they decided he was surplus to requirements and allowed him to rejoin Southend on loan.

He underwent a minor knee operation at the end of the season and is now fit again and looking to score the goals to lead them to promotion next term.

"We now know what it takes to get there - and the feeling of not getting promoted, so if we are in the same position next year we can try that little bit harder and get over the line.

"The manager and the players he is signing want to push on to the next level and I think we can," he said.