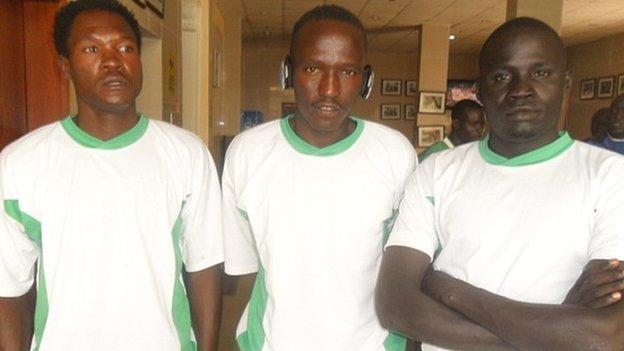 South Sudan's first representatives at the Cecafa Club Championship have travelled to Tanzania with the support of their nation, says their coach.

Al Salaam Wau will take on Rwanda's APR in Saturday's opening game of the East and Central African championship.

"The government, citizens and youth are happy to see their players playing in the Cecafa," said Sebit Bol Chol.

"We are happy that it is Salaam here to represent South Sudan. We are grateful for this opportunity."

Saturday's match will be the first competitive fixture overseas for any club from South Sudan, a country that celebrated its first anniversary of independence on Monday.

Part of the celebrations involved South Sudan's first international, when the 'Bright Star' held visitors Uganda to a 2-2 friendly draw.

In Tanzania, the South Sudanese will take on local side Young Africans, the defending champions, and Atletico of Burundi after meeting former winners APR.

"During our preparations we played six matches - winning five and losing one," Chol told BBC Sport. "We displayed strength to show that we can represent our country well and make our citizens happy.

"What I can say is that we will show discipline on the pitch, and God willing we will get good results."

Chol said he started his coaching career in 1986, guiding various first division teams in the north before joining Wau two months ago.

The team is owned by the country's police force and has a 15,000-capacity stadium in Wau city, which is in Bahar al Gazar Province.

Most players are serving policemen and receive their monthly salaries from the force, while others are students who are paid allowances for each game.

Defender Emmanuel Mogga said morale was high among a group of players who are targeting a place in the second round.

"We are well-prepared. It has taken three months to prepare and when you prepare for a tournament like this, you put in a lot of efforts to perform," he said. "We have participated in many great matches before."

"We used to go to the north where we sometimes played Al Merreikh and Al Hilal, and facing such big teams is a proof that we can participate here and get what we are looking forward to.

"I am sure we will go beyond the first stage."

Al Salaam Wau qualified after winning their ten-team provincial league in Bahar el Gazar and won play-offs with six teams from other provinces.