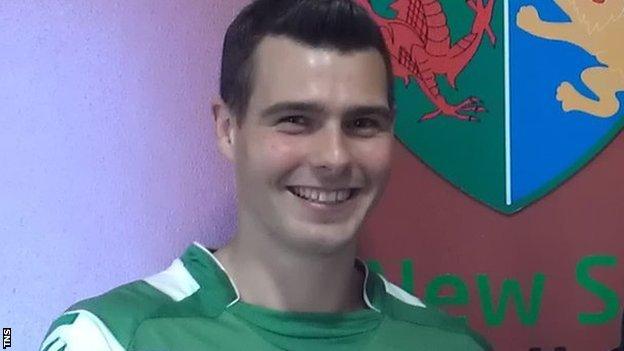 The New Saints have signed Chris Jones from Neath in time for next Tuesday night's Champions League qualifying tie against Helsingborgs.

The former Wales Under-21 winger, who started his career with Swansea City, only just beat the Uefa deadline.

TNS have also brought back Chris King to Park Hall, four years after he left to join Accrington Stanley.

The 31-year-old wing-back first joined TNS from Southport in the summer of 2002, winning three league titles.

King also featured in both legs of the Uefa Cup tie with Manchester City in 2003 and the Champions League clash with Liverpool two years later.

As for Jones, who turned down two Conference sides to join TNS, he told BBC Radio Shropshire: "It's a fantastic opportunity for me and the club.

"I'm looking to score a few goals this season, but as a winger to provide a load of assists.

"The draw of Europe and full-time football and the way TNS play, made up my mind."

Jones, 22, made seven first-team appearances for the Swans before spells at Cambridge and Grimsby. But he was left without a club this summer when Neath went into liquidation.