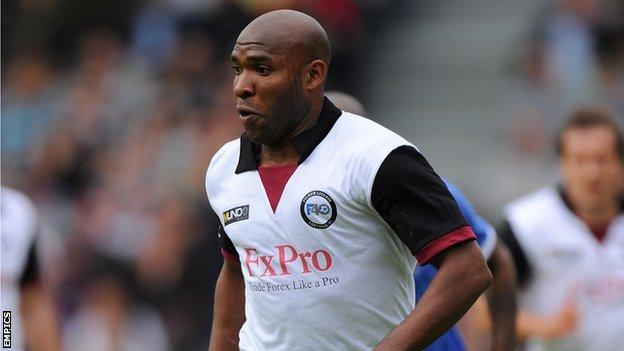 Truro City are in talks with striker Barry Hayles about a new contract.

The 40-year-old former Plymouth Argyle, Fulham and Leicester striker has spent the past two seasons at the White Tigers and helped them earn promotion to the Blue Square Bet South in 2011.

"He says he wants a few days to think it over and will be coming back to us with an answer soon."

Meanwhile midfielder Andy Watkins has revealed on Twitter that he has signed a new deal.

"Just put pen to paper for the coming season at Truro!! Glad it's all sorted now and can concentrate on football," he tweeted.

But one of his team-mates from last season is leaving the club.