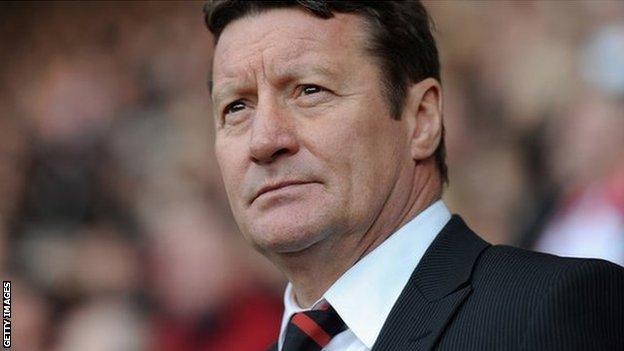 The midfielders are out of contract with the Blades but Williamson, 30, has shown up for pre-season training while McDonald, 23, has not.

Wilson told BBC Radio Sheffield: "I don't know if Kevin will sign, he didn't turn up for training on Monday which we thought he would.

"I think with Lee he's come along to keep his fitness for the time being."

He added: "They both had terrific seasons last year and we'd love to be able to keep them but we've made our offers to the players and it's up to them now.

"There's no pressure to sell but if we get good offers then we'll listen to them."

"I'm disappointed that Kevin hasn't come back in for training but I've spoken to him and it's his prerogative to look around when he's a free agent."

The Blades are yet to secure their first summer signing and Wilson admitted that he still did not know the budget he would be operating with next season but it would be less that last campaign.

"It is very frustrating but it doesn't mean we won't have a side ready to challenge by the time we kick off our season.

"There's no pressure to sell but if we get good offers then we'll listen to them. The club will be making cutbacks."