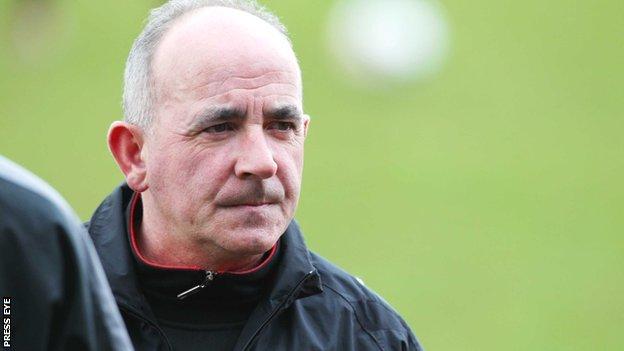 Cliftonville have been knocked out of the Europa League, losing 4-0 away to Kalmar in the first qualifying round and 4-1 on aggregate.

Erik Israelsson put the Swedish hosts ahead after 10 minutes and Nenad Djordjevic added a second before Abiola Dauda struck on 37 minutes.

"We were beaten by a far superior team but it's been a great experience," said Cliftonville boss Tommy Breslin.

A Liam Boyce goal at Solitude gave the Irish League side the advantage going into the second leg at the Guldfageln Arena.

The north Belfast side were attempting to follow Linfield and Portadown in progressing in European competition.

Breslin added: "We started very nervy and we didn't know how to handle being a goal up.

"We performed a lot better in the second half but they are a professional team and the first leg is the sort of one-off result that can happen.

"All the Irish League clubs have performed with great honour and it augurs well for the future."