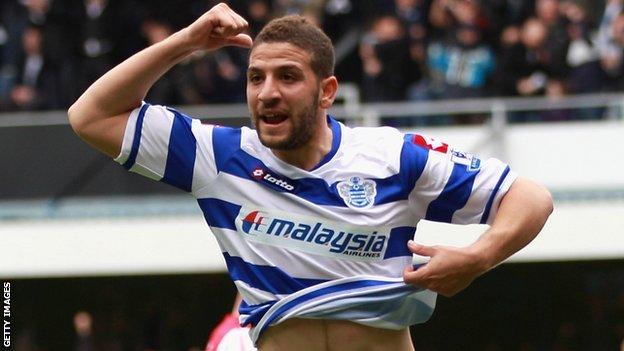 The news comes just a year after he looked set to leave the club, with Paris St Germain his expected destination.

"I had a tough start to last season, but I worked hard and I have really enjoyed it under Mark Hughes," he said.

"I am very pleased to have signed this contract."

The 23-year-old joined the west London side from Tottenham in August 2010, following two successful loan spells.

He played a key role in their promotion from the Championship in 2011, scoring 19 goals in 44 appearances.

"When I first arrived here I honestly thought it would be just for a short period but I love this club and the people here have really helped me," he told the club's official website.

"The club is getting bigger and bigger, with a new training ground and talk of a new stadium is very exciting."

Taarabt made 30 appearances last season, but scored just twice as Mark Hughes's side fought to secure their safety in the Premier League.

The club have signed six new players so far this summer, including England goalkeeper Rob Green and Park Ji-sung from Manchester United.

"In the time I have been here, QPR's ambition has changed," he said.

"Last year the aim was to stay in the Premier League. We achieved this and now we want to progress and improve.

"Nobody is speaking about what we can achieve but we really want to move up the Premier League."