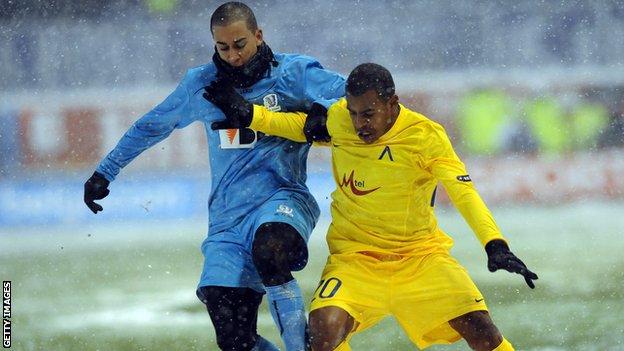 The Baggies have the option to make the transfer permanent for the 22-year-old, who has passed a medical but is waiting for international clearance.

"He is an exciting prospect who will add something different to our squad," said head coach Steve Clarke.

"We believe he has got the raw talent to make an impact here," he added.

"This is a big move for Yassine. We'll have to be patient with him as he settles into a new country and gets to grips with the demands of the Premier League."

Since joining Gent from La Louviere in 2008, he has played in the Champions League and Europa League and made 37 Pro League appearances last season, scoring seven goals.

Gent finished third last season, but El Ghanassy helped them to the league and cup double in 2010.

"Yassine is a player we have watched develop for a couple of years," said Albion sporting and technical director Dan Ashworth.

"He has shown in Belgium his ability to put defenders on the back foot and create and score goals and he is on the fringes of the national team.

"He is an exciting, young player who we hope will grow into the league and prove a real asset.

"He offers us a different option and is the type of player I am sure our supporters will warm to and get right behind."

Albion are also being strongly linked with Rennes midfielder Tongo Doumbia, who is also reportedly a target for neighbours Aston Villa, as well as Arsenal.