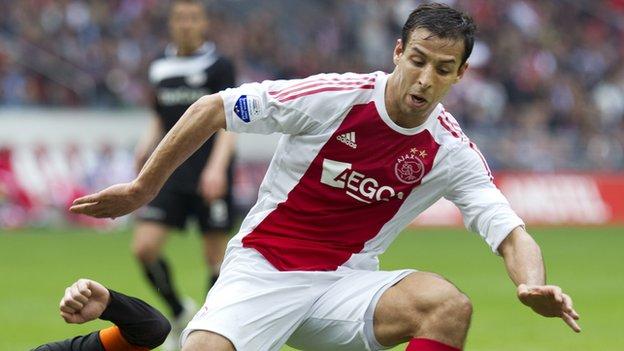 The striker, who turns 28 on Saturday, still had two years of his contract with Ajax left to run and joins the Italian outfit for an undisclosed fee.

He had been due to join the club in January but the deal fell through.

El Hamdaoui joined Ajax in 2010 and made 38 appearances for them scoring 20 goals.

He follows in the footsteps of Morocco captain Houssine Kharja, who was released by Fiorentina on Tuesday to play for Al Arabi in Qatar.

In 2009 El Hamdaoui was named Footballer of the Year in the Netherlands as he helped AZ Alkmaar to the Dutch championship and finished the top scorer in the league with 23 goals.

Another man on the move on Wednesday is 21-year-old Ghanaian Wakaso Mubarak, who joined Espanyol on a four-year deal from relegated Spanish rivals Villarreal.