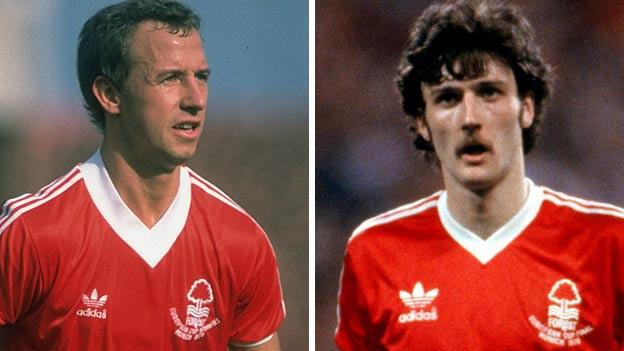 Cotterill took over as boss in October following Forest's disastrous start to last season and stabilised the Reds sufficiently well to steer them to Championship survival.

And following the Al-Hasawi family's buyout on Tuesday, both Birtles and McGovern feel Cotterill deserves the opportunity to work under the new regime and attempt to bring Premier League football back to the City Ground after a 13-year absence.

The contribution of Steve Cotterill shouldn't be underestimated. Against a backdrop of being financially hamstrung, he was able to act shrewdly in the loan market, and bring in players to help keep Forest in the Championship. If he hadn't done that, the club may well still be on the market today, and without a great deal of interest. A League One club, whatever their history, would not have been as attractive to the Al-Hasawi family, or to another group who were interested. The future of the manager splits the fans. But whatever the future, it's a crucial decision for the new owners and, with the season only a month or so away - it's one which needs to be made quickly so the manager has time to prepare his squad properly

McGovern, who twice lifted the European Cup as captain of Forest in 1979 and 1980, told BBC Radio Nottingham: "Steve Cotterill deserves a chance but you never know as a manager.

"He did a good job at the end of last season. He brought in some experienced players to guarantee that the club remained in the Championship.

"They finished on a really high note with some exciting games - totally the opposite from the start of the season when they were getting hammered regularly. They produced some terrific matches, such as the Leeds one where they scored seven goals at Elland Road.

"I hope Steve is given a chance - given a year or two to see what he can do. It was a difficult position when he took over and he couldn't sign players. I think he did a good job and let's hope the good job he did is rewarded."

But whatever the decision taken by the new owners, and more should be revealed at a news conference on Saturday, 14 July - McGovern says clarity and speed are crucial.

"I am delighted it has been concluded because the manager would be struggling if he couldn't make any moves during the close season," McGovern added. "And it is getting very, very near the start of next season.

"Let's hope the manager's position is made clear, his policies are clear and then he can strengthen the squad which is important because one or two players have started to leave.

"The first thing to do is to clarify the manager's position and has he got any money to spend on improving the squad?

"I am a little bit dismayed it has taken so long but obviously it is a complicated business. Now that it has been concluded, it is absolutely desperately necessary for the manager to know what he is capable of doing as we go into new season. It's not too late but if it had been done earlier it would have been much better."

Birtles, who also played in both European finals, agrees that the new owners should not rush to get rid of Cotterill but says whatever they choose to do, it has to happen soon.

"It's about getting the right man in charge and that will be the most important decision that the new owners have to make," Birtles said.

"Whether it's Steve Cotterill who will be very unlucky to lose his job after what he did last season bringing in the right players to keep Forest up, or whether it's a new man, it will be interesting.

"I am delighted it has all come to fruition after all the hard work and investment Nigel Doughty put into the club. You just want it to progress now.

"We will see how will it affect Forest in the coming weeks. And the problem so far has been a lot of uncertainty for players whose contracts are up. We have seen Luke Chambers disappear to Ipswich.

McGovern was born in Montrose, Scotland but moved to Hartlepool at the age of seven.

McGovern played for five clubs in his career and made 535 league appearances.

"That is always a concern and the longer it takes to finalise, everybody around you is buying players for the new season so you could miss out on who you really want. It is interesting times.

"Most people have got their targets with the players they want to hand pick and if you miss out then you are maybe getting second best.

"You hope it is tied up quickly so you know who will be in charge, what sort of money you have to spend and then you can go out there and get the players. But it is massive progress and one that will delight all the Forest supporters.

"It's about getting the right man in charge and that will be the most important decision that the new owners have to make. Whether it's Steve Cotterill who will be very unlucky to lose his job after what he did last season bringing in the right players to keep Forest up, or whether it's a new man, it will be interesting.

"It's not easy getting out of the Championship and staying in the Premier League is ever harder, but let's hope it all moves pretty quickly."