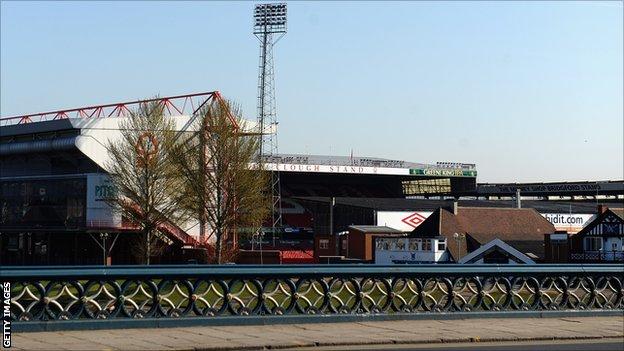 The Al-Hasawi family have completed their takeover of Championship side Nottingham Forest.

They agreed to take control of the two-time European Cup winners after reaching terms to buy the late Nigel Doughty's controlling stake.

"It's an honour and privilege to assume control of this great club," said the Kuwaiti-based family, who plan to hold a news conference on Saturday.

From 1865 to 1982, Nottingham Forest were run as a members club, and were the last Football League club to switch to becoming a limited company.

"You can be assured of our best efforts in bringing the Reds back to the top."

Doughty put Forest up for sale in October but died four months later.

The Al-Hasawi's interest in the club first emerged at the end of May.

Fawaz Al-Hasawi had been chairman of Al-Quadisya Sports Club in his native country, but his decision to step down was a precursor to interest in investment within English football.

"We know there are challenging times ahead of us to bring the club back to its glory days and we look forward with excitement towards a new successful future," added the Al-Hasawi statement.

"Over the next few weeks we will be working closely with our players, on-field and off-field team members in preparation for the forthcoming season."

The former European Cup winners were relegated to League One in 2005. They returned to the Championship after a three-year absence but, after two failed play-off campaigns, they finished 19th last season.