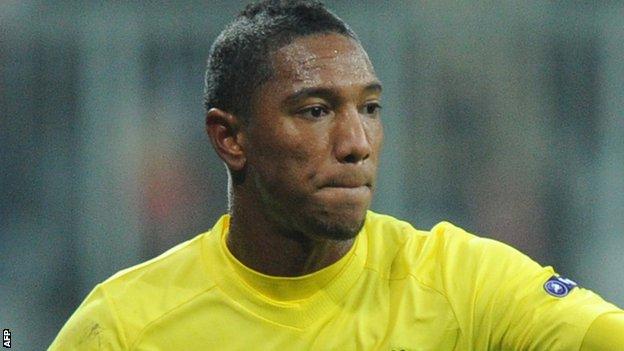 Midfielder De Guzman, a Netherlands Under-21 international born in Canada, also played under Laudrup at Mallorca.

"Once the opportunity came along to join Swansea and Michael Laudrup it was a done deal. I didn't have to think twice about it," said the 24-year-old.

De Guzman joined Villarreal for an undisclosed fee, believed to be around £7m, in August 2011.

Born in Ontario, Canada, he moved to the Netherlands as a youngster when he joined Feyenoord's youth academy and played over 100 games for the Rotterdam club.

In July 2010, he joined Mallorca on a free transfer and made 38 appearances before being sold to Villarreal.

De Guzman opted to represent the Netherlands after he gained Dutch citizenship in 2008.

He has won four caps for the Netherlands Under-21 side and also played at the Olympic Games in Beijing in 2008.

Defender Flores has signed from Genoa for an initial £2m on a three-year-contract.

Meanwhile, Swansea have cancelled the contract of striker Scott Donnelly, which had a year left to run.

Brought to the Liberty Stadium by Paulo Sousa in 2010, Donnelly played only nine minutes of league football for the Swans.

The 24-year-old joined Wycombe Wanderers at the end of the 2010-11 campaign, returning to the League One side the following season on a season-long loan.