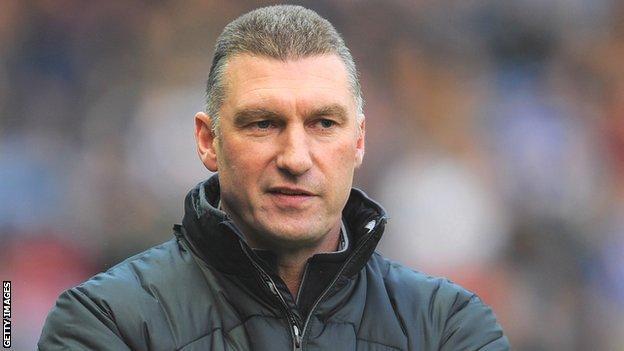 Leicester City manager Nigel Pearson is confident his side can live up to their billing as one of the favourites for automatic promotion this season.

Big-spending City were widely tipped to go up last term, but they failed to make up ground after a poor start.

We always have belief in ourselves. Where we fell short last season was our lack of consistency.

Pearson believes they will deal with the pressure this time around.

He told BBC Radio Leicester: "I don't think that that will be a problem. We have invested very wisely and done good business in both directions."

Pearson also said there could be further signings and hinted at bringing in one or two more experienced players.

"By the time the season starts we will have a squad which will be capable of putting together a very good campaign," he added.

"We always have belief in ourselves. Where we fell short last season was our lack of consistency.

"There were a lot of changes last year both in the playing staff and obviously in terms of the managerial position as well."