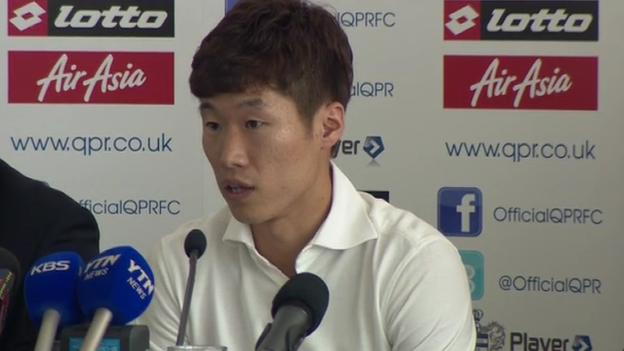 The South Korea international, 31, has joined on a two-year deal from Manchester United.

Fernandes told BBC London 94.9: "We're bringing a great player to London. It is a statement, I suppose.

"The player saw our determination. People will read into it that we are serious. It makes people look up a little bit around the world."

He added: "It will wake up a few people."

Since ensuring their Premier League survival on the final day of last season, QPR boss Mark Hughes has bolstered his squad with the signings of goalkeeper Rob Green,defender Ryan Nelsen, striker Andrew Johnson and full-back Fabio.

Fernandes believes the arrival of Park for an initial £2m coupled with their intention to leave Loftus Road for a new stadium will help convince other players to move to the club.

"Since I've come to QPR my whole job has been a sales job," Fernandes continued.

"There are a lot of bigger clubs in London for a start - ones that have been in the Premier League a long time.

"It's been hard but I'm not someone with an ego and I don't mind if I have to go and persuade someone a hundred times.

"I'm proud of what we've achieved in 11 months. If you look at QPR from when we took over to now, it's a vastly different club."