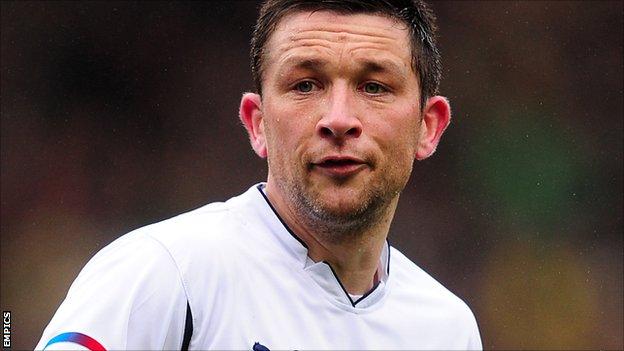 Fleetwood Town have added Preston's Barry Nicholson to their squad, ahead of their debut season in League Two.

The 33-year-old midfielder, who won three caps for Scotland, was made available for transfer by Graham Westley at the end of last season.

Nicholson joined Preston in 2008 and scored 10 goals in 104 games during his four-year spell with North End.

He was released from his contract at Deepdale, meaning Fleetwood have not had to pay a transfer fee.

The former Aberdeen man was allowed to miss the start of pre-season training at Preston while he searched for a new club and was given permission to travel with Fleetwood for their training camp in Austria.

"I'm absolutely delighted to bring in someone with the experience of Barry Nicholson," manager Micky Mellon told the club website.

"He provides options different to those we already have in the squad and that will be important in our first Football League campaign.

"You can never have enough good players and I'm delighted to have him on board."

Nicholson is the seventh new signing that the Blue Square Bet champions have made since winning promotion to the Football League.