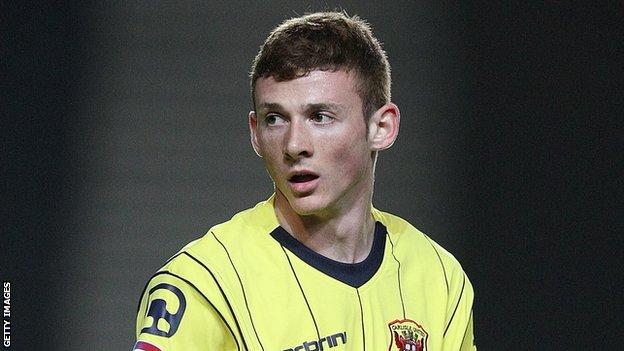 Right-back Wilson has signed a three-year deal with the Championship club after they paid Stevenage an undisclosed fee.

Former Sunderland forward Cook, 22, scored four goals in 14 games during a loan spell at Carlisle last season and has signed a two-year contract.

Addicks boss Chris Powell told the club website: "Jordan's a young player who we feel can play down the middle, behind the main striker and out wide.

"I have got players who are ready to fight and get their way into the team, and that will be the case with Lawrie."