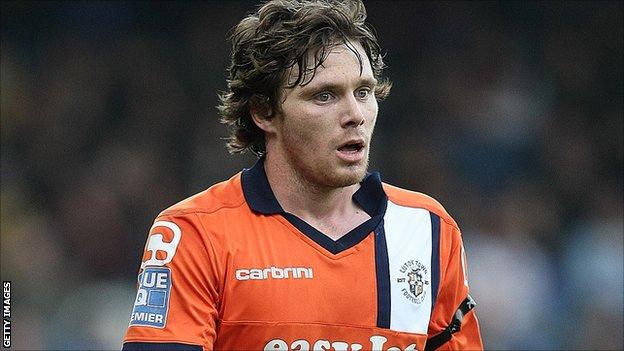 The 22-year-old, who will not be able to face the Hatters on 1 September, becomes Steve King's ninth signing since taking charge at the Moss Rose.

Kissock came on as a substitute in Luton's play-off final defeat by York.

He will fill the void left by Ross Draper, who has departed the Blue Square Bet Premier side to join SPL club Inverness Caledonian Thistle.

Former Everton trainee Kissock has also had spells with Gretna, Accrington, Hamilton and Southport and has been at Kenilworth Road for a year.