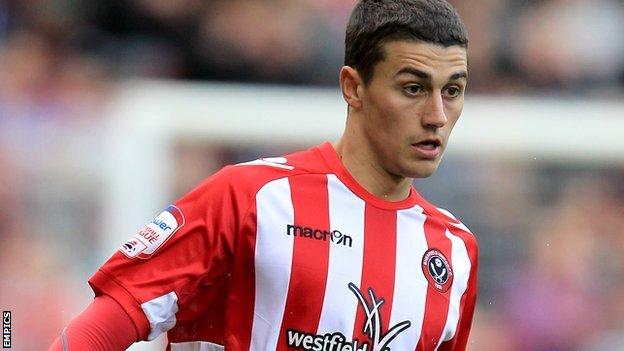 Lowton, 23, left the Blades for Villa on Friday for an undisclosed fee.

He told BBC Radio Sheffield: "He's done it all and to have someone who's gone from the same club that I have and gone on to play for England is fantastic.

"I've got to establish myself with Villa first but hopefully I can go on to emulate him."

Meanwhile, the full-back admitted to having mixed emotions at leaving his boyhood team.

"I'm pleased to have signed for Aston Villa but sad to have left Sheffield United," he added.

"Last season was fantastic and I enjoyed every minute of it apart from obviously losing the play-off final.

"I love the club and they've done everything for me. The people who've been there down the years have taught me so much."