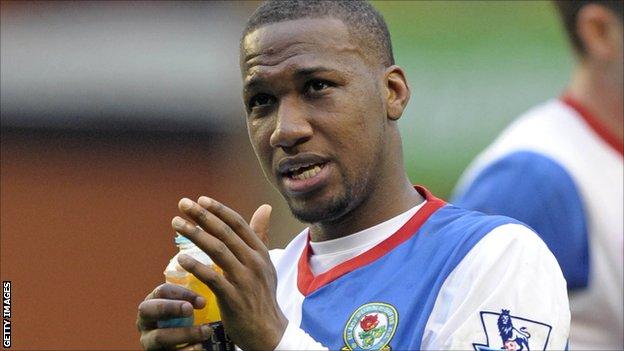 The 22-year-old has technically left Ewood Park but Kean told BBC Radio Lancashire that he could return.

"Junior is out of contract and we've made him a very good offer," said Kean. "It's not dead yet.

"If a club in this country signs him, there will be big compensation. We'd like him still to be here but I'm in the dark a little bit."

The Rovers boss added: "When a player runs out of contract, you make him a good offer and he doesn't sign, you fear the worst, but we'll just have to wait and see."

Hoilett scored seven goals in 37 appearances for Blackburn last season but could not prevent the club being relegated from the Premier League.

Meanwhile, new £3m striker Leon Best says his working relationship with Kean was a key factor in his decision to join Blackburn from Newcastle.

Best worked with Kean during his time at Coventry, when Kean was assistant to Chris Coleman at the Ricoh Arena.

"He did extra bits with me that he didn't need to," said the Republic of Ireland forward. "His training gets the players going.

"I love getting up in a morning and looking forward to going training, and being with Steve, I'll definitely be doing that. I could feel and see his ambition and I wanted to be part of it.

"It's a similar situation from when I went to Newcastle from Coventry. It's a massive club and I can see the fight of everyone wanting to get back into the Premier League."