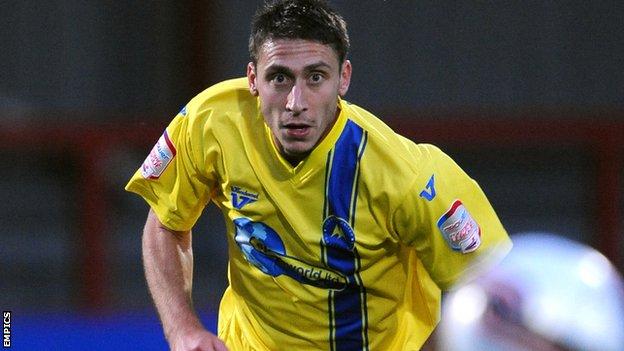 The 29-year-old, who can play in midfield or up front, was transfer-listed in May along with teammate Lloyd Macklin.

Ling says McPhee's record in Blue Square Bet Premier means a number of non-league clubs are interested in him.

"I'm 90% sure that Chris will go out on loan from window to window.

"There has been a lot of interest in him because he has done well in the Conference."

McPhee signed for the Gulls last summer after spending the 2006-07 season at Plainmoor.

In between his spells at Plainmoor, McPhee played for Ebbsfleet, Weymouth and Kidderminster, making 177 Conference appearances and scoring 43 goals.

He also got the winner for Ebbsfleet against Torquay in the 2008 FA Trophy final at Wembley.

Meanwhile Ling says he has not had any approaches for former Swindon Town striker Macklin.

The 22-year-old has not featured in the Gulls side since October last year and had a spell on loan at Salisbury City last Christmas.