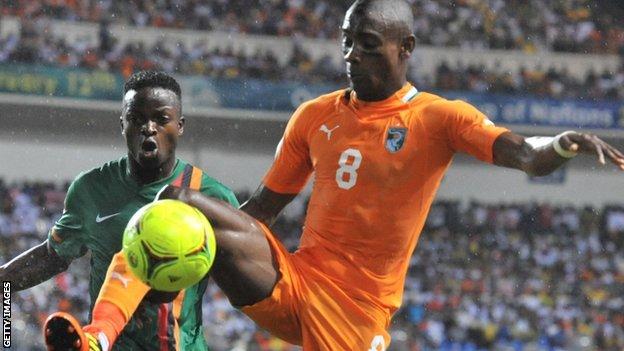 The 26-year-old was available on a free transfer after seeing out his contract with Chelsea last month.

Kalou ended his Chelsea career on a high when winning the European Champions League in his final match.

"Lille is an ambitious club," Kalou told the club website. "From what I have already learned, Lille has nothing to envy the top clubs of Europe."

Kalou joined Chelsea in 2006 and won both the Champions League and FA Cup in his final season with the club.

The former Feyenoord star also won the league title during his time with the English club.

Lille, who won the French league and cup double in 2011, are strengthening following the sale of Eden Hazard to Kalou's old club Chelsea and the return of Joe Cole to Liverpool.

Having finished third last season, the club will once again be playing Champions League football in the new season.