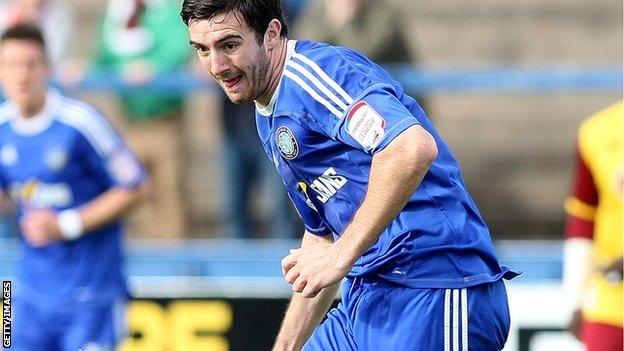 The 23-year-old made 31 appearances for Macclesfield last season, scoring four times as the Silkmen dropped out of League Two in England.

His next port of call was Northern Premier League club Hednesford Town.

After experiencing a year of first-team football with both those clubs, he headed for Macclesfield in 2009.

Wolverhampton-born Draper attracted national attention in August when he scored from the halfway line in Macclesfield's 4-0 win over Hereford in League Two.

Now, instead of playing in the Conference National, he will hope to win a place in Terry Butcher's starting line-up in the Scottish Premier League.