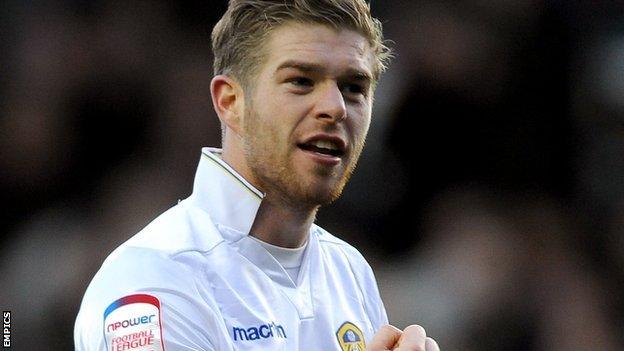 Huddersfield Town midfielder Adam Clayton has said he has nothing against former club Leeds United.

Clayton, 23, joined the Terriers from the Elland Road side for an undisclosed fee on Friday, having been transfer listed at the end of last season.

He told BBC Radio Leeds: "I've got nothing against Neil Warnock or the club. I had a great time there.

"It was disappointing to be told I wasn't in Neil's plans but I've found a club who can move my career on."

The former Manchester City man has been reunited with ex-Leeds boss Simon Grayson, who signed him for United in 2010.

"I played my best football at Leeds under Simon," he added.

"It's enjoyable to work under him and I think it's important to be happy in your work on a daily basis."

He is looking forward to the added pressure that he will be under next season as the Terriers aim for a successful first year back in the Championship.

"I'm going to thrive on it I think," he continued.

"I hope to be the kind of player who is the mainstay in a team and I'm quite excited by the challenge."