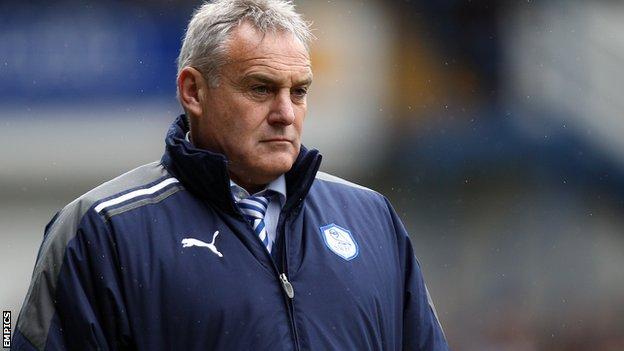 Sheffield Wednesday boss Dave Jones has confirmed the club are close to securing the signing of Portuguese midfielder Paulo Ragula.

The 23-year-old has previously played for Vitoria Setubal and SC Olhanese in his homeland.

Jones told BBC Radio Sheffield: "It's not done yet but he's had a medical and we're now in negotiations.

"I'd say we're not far away from having the details finalised and I'd like to think he'll be in the first team squad."

The Owls manager added: "Everyone we've spoken to seems to think we've got a good deal with him and he'll be a hit here.

"He's an attacking midfielder who comes to us with an excellent CV but there'll be no pressure on him because we appreciate it'll take time for him to settle."

Norris, 31, is set to depart the financially-stricken Fratton Park side following their relegation to League One.

A player who Wednesday remain hopeful of bringing in is Reading winger Michail Antonio.

Jones, who revealed in May that negotitations with the Royals had started, says he is willing to wait to get the former loan man back to Hillsborough.

"It's an ongoing situation and when the chairman's back then we'll see where we are," he continued.

"Michail has intimated that he'd love to come back so we're willing to wait as long as we possibly can."