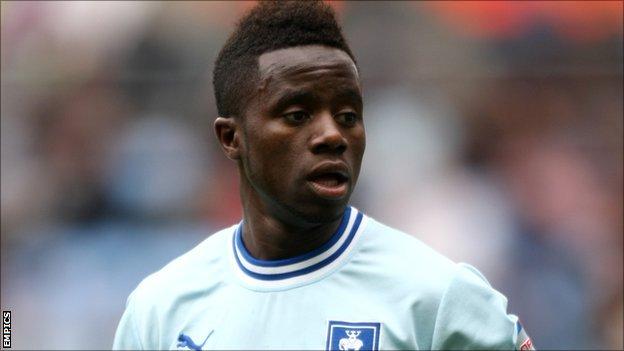 The 18-year-old made 28 appearances for the Sky Blues in his breakthrough campaign at the Ricoh Arena.

Burundi-born Bigirimana joined Coventry in 2004 and his progress resulted in him winning the 2011-12 Football League Apprentice of the Year award.