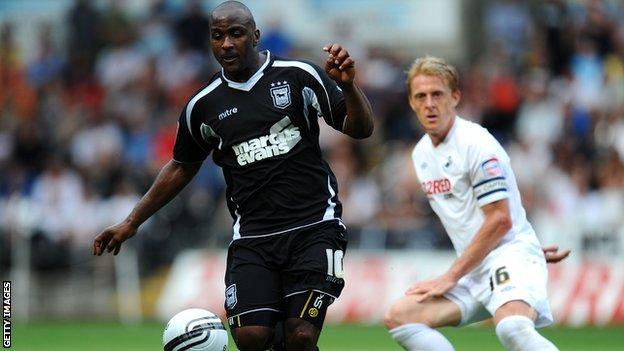 The 33-year-old striker's contract at Portman Road expired in May, after he scored nine times in 38 appearances for the Tractor Boys last season.

Town boss Paul Jewell revealed in April that Scotland waived a wage increase before looking to sign a new deal.

Jewell told his club's website: "There was never any doubt Jason was going to stay.

"He had a few issues that he needed to sort out and he's done that, and we're pleased to have him around the place again."

He continued: "He knows that he's not going to start every game but what he showed last season is that he can have an impact on matches."