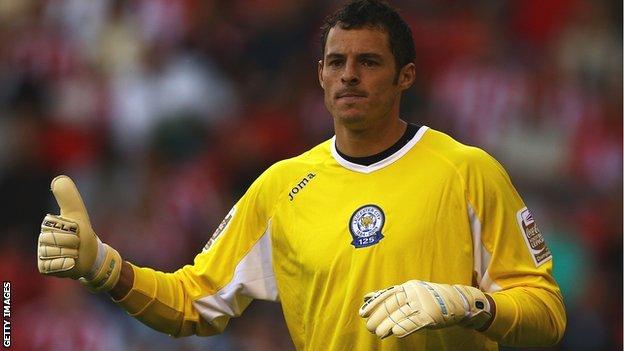 Weale, 30, arrives at the Greenhous Meadow after three years with the Foxes, while Anyon, 25, was the Imps' player of the year last season.

Shrewsbury have not disclosed the details of the contracts they have signed with the League One club.

"Joe had a good spell at Port Vale before breaking his leg, but he picked himself up at Lincoln.

"Weale has Championship experience in his three years at Leicester under Nigel Pearson and Sven-Goran Eriksson - he only lost out when they brought in Kasper Schmeichel.

"Weale might seem the senior man, but Anyon's also an experienced keeper who can push him all the way."