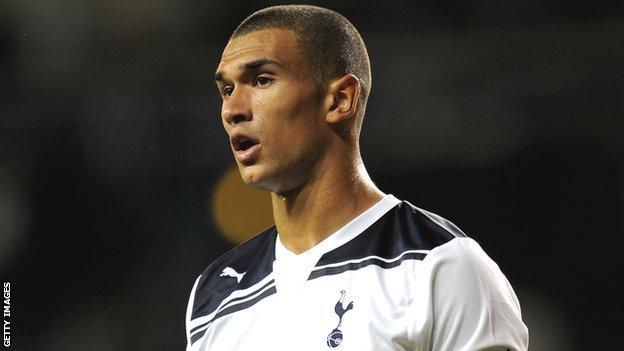 Tottenham defender Steven Caulker has signed a new four-year contract with the club.

The 20-year-old, who came through the Spurs academy and signed his first professional deal in 2008, spent last season on loan at Swansea.

The centre-back has made just one appearance for Tottenham, in a Carling Cup defeat by Arsenal in 2010.

He is a regular in the England Under-21 side and will represent Great Britain at this summer's London Olympics.

Caulker recovered from a knee injury - which he suffered during a loan spell at Bristol City during the 2010-11 season - to impress during his time in Wales last season.

Swansea chairman Huw Jenkins had hoped to negotiate a second loan deal for the defender for this season, but his plans were scuppered when Spurs boss Harry Redknapp was sacked and replaced by Andre Villas-Boas.

The chairman of the north London club, Daniel Levy, hinted earlier this week that Villas-Boas was keen to lower the average age of his squad and would look to bring more youngsters into the senior set-up from the youth ranks.

Caulker recently spoke of his pride at being named in Stuart Pearce's Team GB squad for the Olympics.

"When I was told I was in the initial squad of 35 I just hoped I would get the call," Caulker told Tottenham's website. "The call came and now it's a case of getting ready for the Olympics.

"I'm delighted to be part of it and the fact it's here in Britain means it will be a huge event and something I'll no doubt look back on for many, many years."