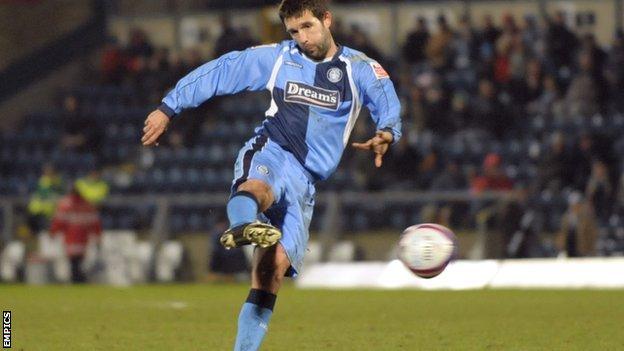 The 33-year-old Northern Ireland international returns to the Football League after a year in the Conference with Newport County and Bath City.

He feels the move is his final chance to make a mark in league football.

"I'm just happy to have an opportunity to get back into the game and hopefully I can stay there for as long as I can," Doherty told BBC Sport.

He said his intention is to impress manager Paul Tisdale sufficiently to win an extension to his contract.

Doherty began his career at Bristol City and made 226 appearances for the club between 1996 and 2005.

During his time at Ashton Gate he won all nine of his Northern Ireland caps, the last coming in their 4-0 defeat by England in a World Cup qualifier at Old Trafford in March 2005.

He moved to QPR for an undisclosed fee that summer but played only 15 games in two-and-a-half years at the club.

During that time he had three loan spells at Wycombe before moving to Adams Park permanently in January 2008.

After 71 games he moved to Bradford, before joining Newport County last summer.

After six months in Wales he moved to Bath City but played only one game for the club as they were relegated from the Blue Square Premier.