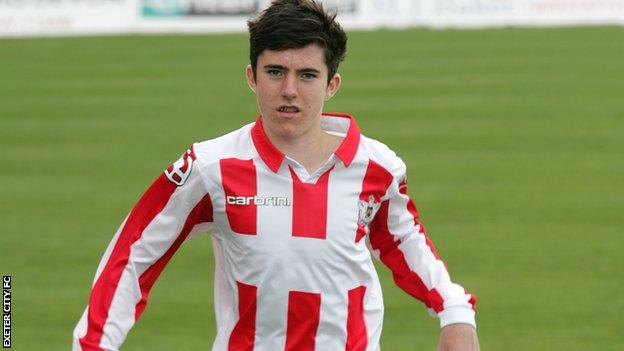 The 16-year-old from Crediton, who has been at Exeter for eight years, moves to Old Trafford for an initial fee of around £100,000.

He played for them in a youth tournament in the Netherlands and will join their academy side.

"The last few days haven't felt real - seeing all the first-team players around and the training facilities is like a different world," Goss told the club website.

"I can't wait to get started now and we've got pre-season games coming up.

"I just have to continue working hard and my aim now is to just push higher and higher through the ranks."