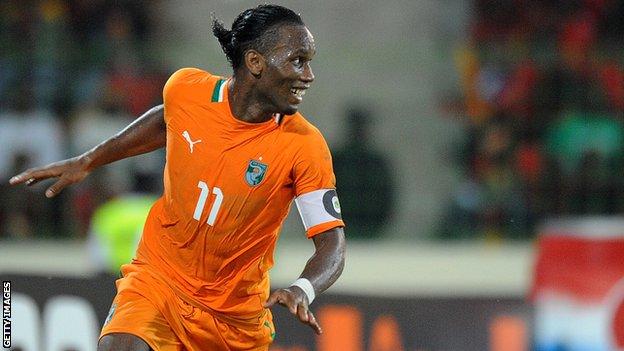 Ivory Coast will face Senegal in the final round of qualifying for the 2013 Africa Cup of Nations.

The tie will see two west African giants go head-to-head, depriving one of a finals berth in South Africa.

The ties will be played out over two legs between 7-9 September and 12-14 October.

The Teranga Lions' draw represents the toughest possible start for new Senegal coach Joseph Koto, who has just been appointed to the role on a two-year contract.

Ghana's Black Stars have been drawn against Malawi, while Nigeria, who missed out on the 2012 finals, will come up against Liberia.

Seven-time African champions Egypt were absent from the draw after being eliminated by Central African Republic.

CAR, who became the 30th team to make the final round of qualifying, when they triumphed over the Pharoahs 4-3 on aggregate last Saturday, will face Burkina Faso.

South Africa qualify for the 2013 tournament as hosts.