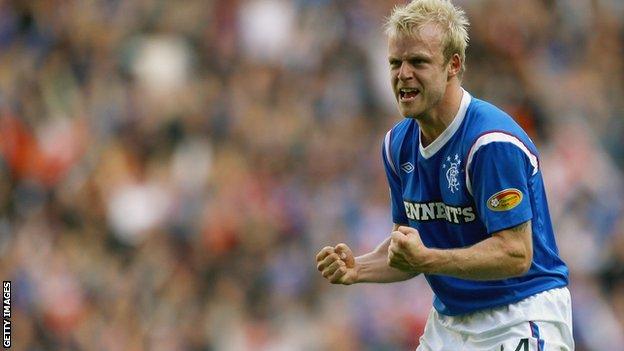 Steven Naismith says leaving Rangers to join Everton was "one of the hardest decisions" of his football career.

Naismith, 25, moved to Goodison Park on a free after objecting to his old Rangers contract transferring to the new company.

"I spent the best years of my career so far at Rangers," said the forward.

"It was a big decision that had to be made. I'm glad that it's done with now and I can work on the football side of things."

Rangers went into liquidation and Charles Green bought the assets of the club, forming a new company.

Naismith is among a number of players refusing to transfer their contracts, although Green claims they are in breach of contract.

"There is going to be disappointment with some fans and others are going to wish me well. I've had both," added the Scotland international.

"But it's a relatively short career and you have to maximise your opportunities. I think this is definitely the next step for me and the right one."