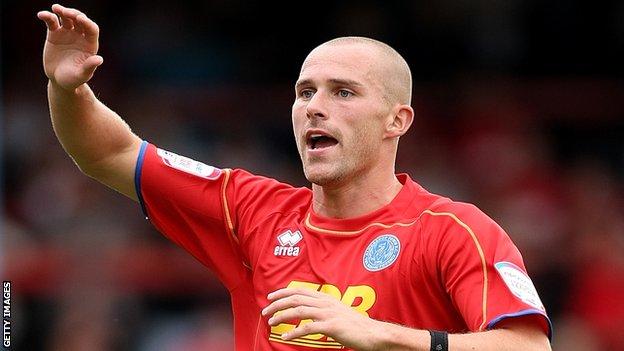 The Shots finished 11th in the table last season, six points off the play-off places.

The 27-year-old told BBC Surrey: "I want to hit the ground running and I want to get promoted.

"If the players buy into the winning mentality hopefully we can do something together. We have to look forwards, be ambitious and want to progress."

Since their reformation in 1992 and their promotion back to the Football League in 2008, Aldershot's highest league finish has been sixth place in League Two in 2009-10.

Herd is eager to emulate the old Aldershot FC, who spent three seasons in the old Third Division in the mid 1970s.

"It's a small, tight-knit club that has suffered hardship in the past and that has probably brought people together," the right-back added.

"But we can't look back all the time.

"It's brilliant being in the League, and I know where the club has come from, but there comes a time where you want to progress and get up the League and into the next tier.

"You don't want to be content with turning up and being in League Two. You want to excel and try and reach the next stage.

"If everyone gives everything, you've more of a chance of achieving that dream."

Aldershot begin their League Two campaign away to Plymouth Argyle on Saturday, 18 August.