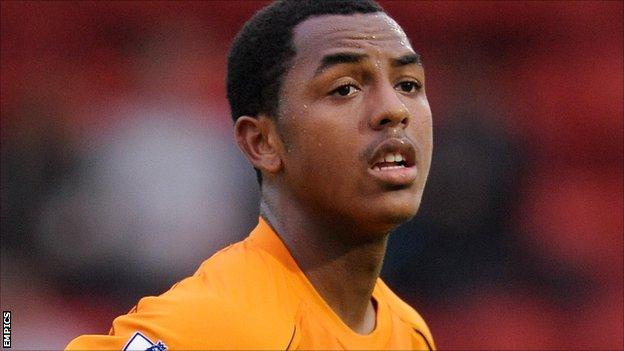 Walsall have signed winger Ashley Hemmings on a two-year contract following his release by Wolves.

Hemmings, 21, came through the youth system at Molineux but made just three appearances for the first team.

He spent five months on loan at Plymouth last season, having had temporary spells with Cheltenham and Torquay earlier in his career.

The Saddlers boss told the club website: "I also had him watched three or four times whilst he was on loan at Plymouth and I think that that run of games has really helped his development.

"He is a very promising youngster who will continue to develop and grow. He's a skilful player with genuine pace.

"He's a good addition and I'm looking forward to working with him."

Hemmings, who can play as a winger or striker, scored twice in 23 games for Argyle in League Two last season and helped the club avoid relegation from the Football League.