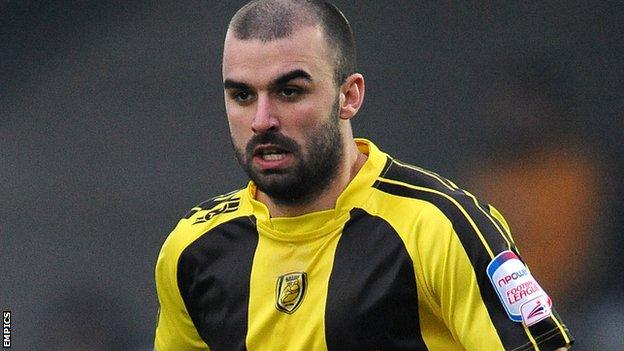 The 27-year-old was after eight seasons at the Pirelli Stadium.

He was part of the Brewers squad which won promotion to the Football league in 2009 and played more than 250 games in his time at the club.

He is the second Harriers signing this week after the capture of fellow defender Exodus Geohaghon.

Austin, who can also play at right-back, fought his way back to fitness after missing the second half of Burton's first season in the Football League with a cruciate knee ligament injury.

"Ryan, like Exodus, had been holding talks with a number of Football League clubs," Harriers boss Steve Burr told the club website.

"I've followed him since his days with Crewe and have made attempts to sign him on a couple of occasions before now.

"He's had a very successful time at Burton Albion and has experience of actually winning this league.

"There is a bit of pressure on them to help us go one better given our finishes in the last two seasons but they are very confident.

"Without a doubt I would consider our defence to have been strengthened significantly over the course of this week."