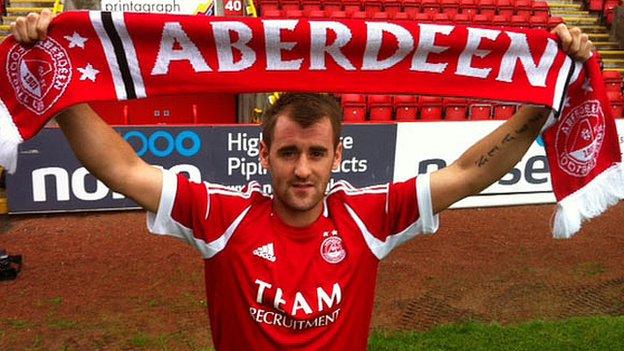 Aberdeen have bolstered their squad with the signing of former Celtic forward Niall McGinn.

The 24-year-old Northern Ireland international made 36 appearances for Celtic before being loaned to League One side Brentford last season.

He has agreed a two-year deal at Pittodrie and Dons boss Craig Brown intends to use McGinn as a striker.

McGinn is Brown's second signing of the summer after the capture of Jonny Hayes from Inverness Caley Thistle.

"Aberdeen is a massive club and I'm really looking forward to be back playing in Scotland," he said.

"I thoroughly enjoyed my time at Brentford last season and, playing week-in-week-out has, I believe, made me a better player.

"Craig Brown has big plans for the club and I definitely want to be a part of that."

During his spell at Brentford, McGinn scored five goals in 27 league games for the club.

McGinn impressed with Derry City before moving to Celtic in 2009.