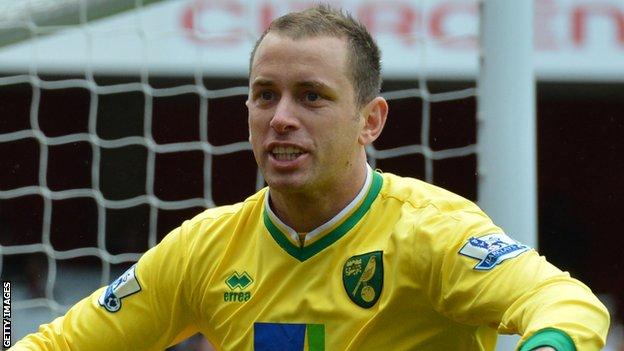 The 32-year-old, who scored once in 15 games for the Canaries last season, has signed a two-year deal with the Championship club.

Eagles manager Dougie Freedman said: "Aaron is a player who brings with him experience of playing at the top level.

"I'm confident he will greatly improve the side and will help our younger squad members improve their game."